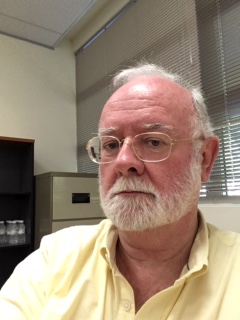 Adjunct Senior Fellow at the S. Rajaratnam School of International Studies in Singapore and co-ordinator of the Singapore Trade Policy Forum

Evan Rogerson is an Adjunct Senior Fellow at the S. Rajaratnam School of International Studies in Singapore and co-ordinator of the Singapore Trade Policy Forum. He held senior positions in the WTO until his retirement in 2017.

Born in New Zealand in 1952, he graduated from Auckland University and joined the Ministry of Foreign Affairs in 1976, working on secondment at the Treasury before postings in Brussels and London. His work in those postings focused on trade policy, particularly New Zealand’s trade and economic relations with the EU.

He joined the GATT Secretariat in 1986, working in the Agriculture Division before going to the Director-General’s Office in 1993, becoming Chief of Staff to Director-General Renato Ruggiero from 1995 to 1999. He subsequently headed the Council and TNC Division, where he was Secretary of the WTO’s top bodies, the Ministerial Conference, the General Council, the Trade Negotiations Committee and the Dispute Settlement Body. In 2012 he came back to the Agriculture and Commodities Division as Director. In this role he headed the Secretariat team for the successful negotiations to abolish agricultural export subsidies in 2015.

Evan Rogerson is a member of the New Zealand Order of Merit (MNZM) and the Japanese Order of the Rising Sun.