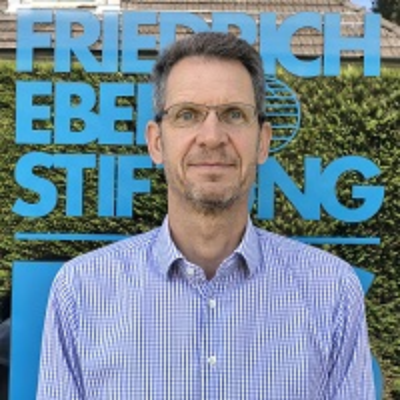 Director of the FES Geneva office

As the director of the the Friedrich-Ebert-Stiftung (FES) Geneva office, Hajo Lanz is responsible for all programs and activities related to this office, i.e. our close cooperation with WTO, the OHCHR, the ILO as well as the UNCTAD, to name but the most prominent ones. Besides, FES supports and cooperates with UN Working Groups, Special Rapporteurs, think tanks as well as groups of civil society on issues such as sustainable development, climate change, migration, business & human rights as well as economic, social & cultural rights.

He studied Economics and Geography at the Free University of Berlin (Germany) and holds a post-graduate degree from the Center for Advanced Training in Rural Development (SLE) of the Technical University, Berlin.