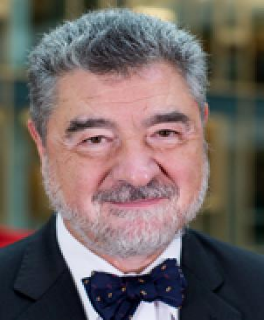 International Trade lawyer and diplomat. Forty years of experience in international law and regulations, trade policy and trade negotiations, as well as adjudicator in bilateral and multilateral trade disputes.

International Trade lawyer and diplomat. Forty years of experience in international law and regulations, trade policy and trade negotiations, as well as adjudicator in bilateral and multilateral trade disputes.

Until December 2020, he was Deputy Director General of the World Intellectual Property Organization. Prior to this position, he was the Ambassador of Chile to the World Trade Organization (WTO), the World Intellectual Property Organization (WIPO), and the United Nation Conference on Trade and Development (UNCTAD).  In this capacity, he held the highest office for an active ambassador as Chairman of the WTO General Council.  Additionally, he chaired the WTO Dispute Settlement Body (DSU), the Trade Policy Review Mechanism (TPRM), the Committee on Trade and Environment in Special Session (CTESS) and the Working Group on the Accession of Ukraine to the WTO.  In WIPO he chaired the Coordination Committee (Board) and was Vice-Chair to the Beijing Treaty on Audiovisual Performances.  In UNCTAD XIII he was also the Vice-Chair.

Prior to his appointment as Ambassador, Mr. Matus held the positions of Director of Bilateral and Multilateral Economic Affairs at the Chilean Ministry of Foreign Affairs. He was Chief Trade Negotiator for Chile’s bilateral free trade agreements with the People’s Republic of China, the European Union, the European Free Trade Association (EFTA) and the Republic of Korea. Previously in his career, he was Trade Coordinator of the Chile-United States bilateral FTA and the Free Trade Agreement of the Americas (FTAA), as well as Senior Officer of Chile at the Asia Pacific Economic Cooperation Forum (APEC).

Prior to his diplomatic occupation, we worked as a lawyer in Langton Clarke y Cia, member firm of Coopers & Lybrand International.

He is a regular “panelist” at international trade disputes based in WTO, at the Secretariat for Central American Economic Integration (SIECA) and various Free Trade Agreements.

Alongside his diplomatic career, Mr. Matus is a regular visiting professor at several academic institutions in North, South, and Central America, Asia, and Europe.

He holds a Law degree from Universidad de Chile and a degree on Law, Economics, and International Politics from Oxford University.

Mr. Matus is a Chilean national and he enjoys running, trekking, skiing, and writing short stories (over 80 so far).