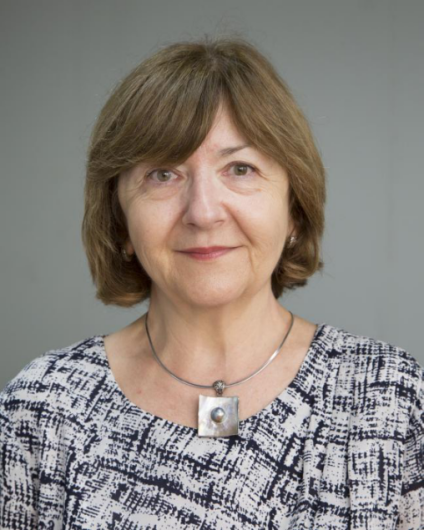 Mia Mikic is a trade economist with a keen interest in sustainable development and with a proven track record and experience in academia and international civil service.

Mia Mikic is a trade economist with a keen interest in sustainable development and with a proven track record and experience in academia and international civil service. She is a Board member of the Friends of Multilateralism Group and of the Board of Advisors for the Trade Policy Research Forum.

She is currently an Advisor at Large for the Asia-Pacific Research and Training Network on Trade (ARTNeT), an open network of research and academic institutions and think-tanks in the Asia-Pacific region.  She is engaged as a Research Fellow at the Waikato Management School, The University of Waikato, New Zealand and a Visiting Fellow at the Institute for Euro-Asian Studies, the Faculty of Economics and Business, University of Zagreb. Mia was appointed as a member of the International Advisory Board for the Institute of Malaysian and International Studies (IKMAS), Universiti Kebangsaan Malaysia in August 2021 for a period of two years. She is also part of the Global Advisory Council of the Centre for a Smart Future, Sri Lanka. She is providing advisory services in a broad area of trade, development and global governance as a member of advisory boards, consultancy as well as journal editorial boards. She is collaborating with several universities on modernising international trade curricula.

She is the author of many books, reports, and papers and has edited or co-edited several volumes on international economics, regional integration, and development. Between 2009 and 2020, she oversaw preparation of Asia-Pacific Trade and Investment Report (APTIR), a flagship publication in area of trade and investment. Her current research and advisory work focus on the impact of COVID-19 pandemic on trade and Global Value Chains, frontier technologies and inclusive future of work, advocating for women as influencers in policymaking, services trade, and promotion of evidence-based policymaking.

She designed, run and/or served as a resource person of more than 40 regional or national trade policy and the WTO-related courses in the organization of United Nations  ESCAP, FAO, WTO, UNCTAD and other institutions for government officials, NGO representatives, members of academia and businesspeople.